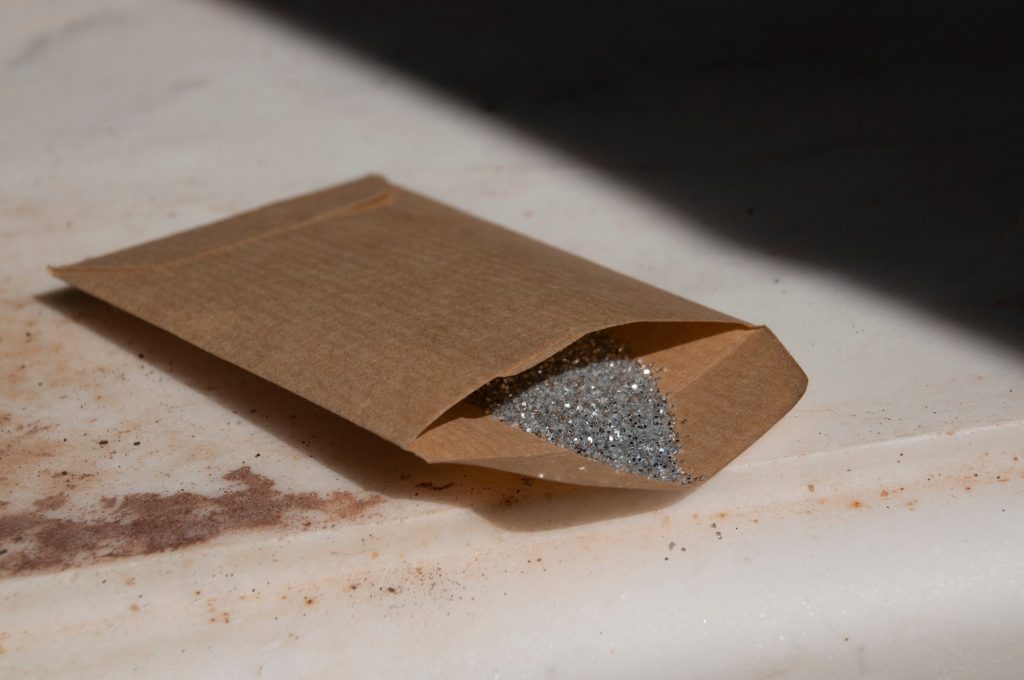 Created during an “In Situ” workshop located on the island of Hydra, involving four locations, the fading materiality of glitter, and the schemes of Memory.
Beginning in the cemetery of Hydra, where a 150m white fence is powdered by glitter to outline this specific place as a rule setter.
The second location, the port of the island, there is an announcement window containing a transparent map, existing only when specific lights allow it. Almost non-existent, this specific action in Hydra implies the route for the ones that wonder.
The next location is a glittered monument for Pavlos Kountoriotis. Black and white tiled, the monument is found in a small park beside the Mansion where the workship was taking place. In a playful way, the tiles were arranged together to be associated with a chessboard; suggesting the idea of a game but never completed without further involvement from the viewer.
Concluding in my own bed at the time, a model of a flower that normally flourishes in the driest places on islands (gathered in the Hydra cemetery), bringing together the whole piece in a visual narrative.
All the places the glitter was installed would fade away, vanish but at the same time spread.
In the performative act in September 2016, small envelopes with glitter were distributed to each participant as they entered the cemetery. It rained on the same day so the fence was never seen covered in glitter. 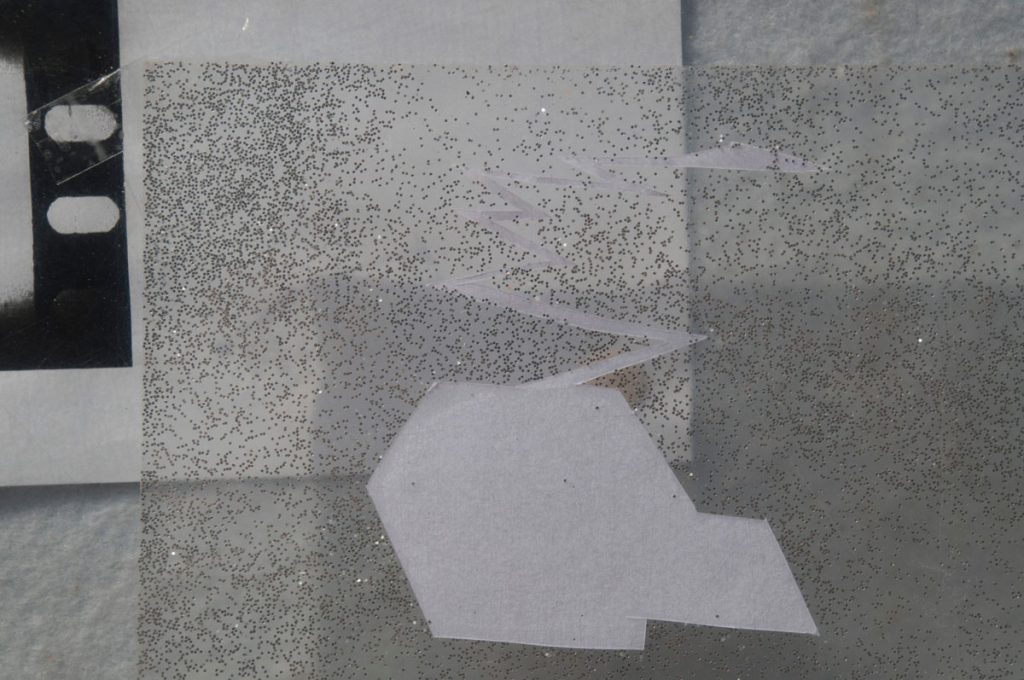 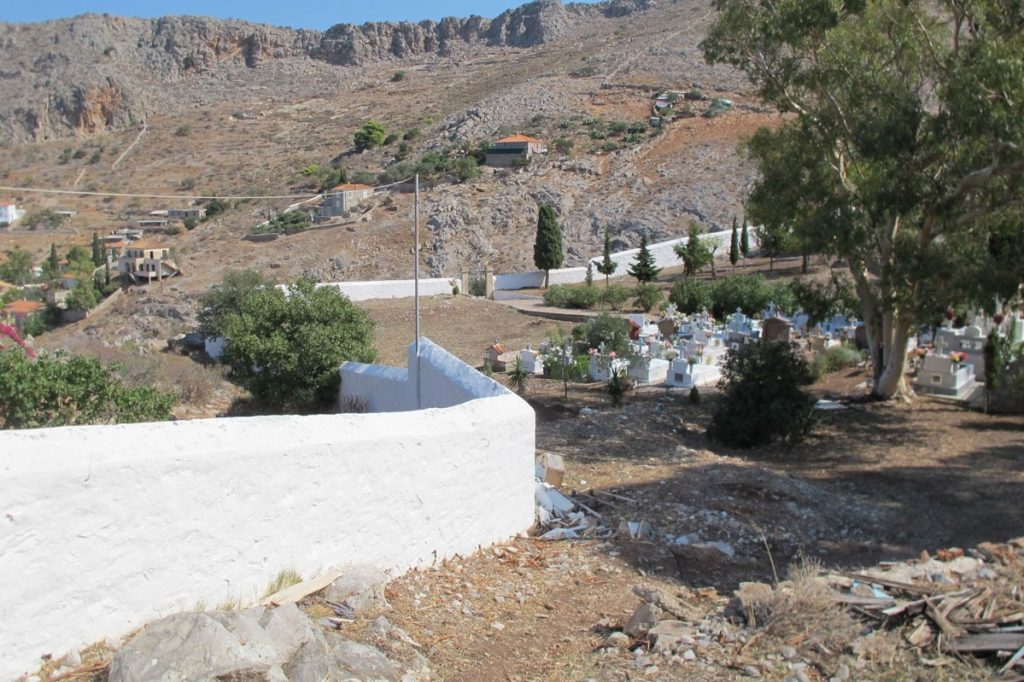 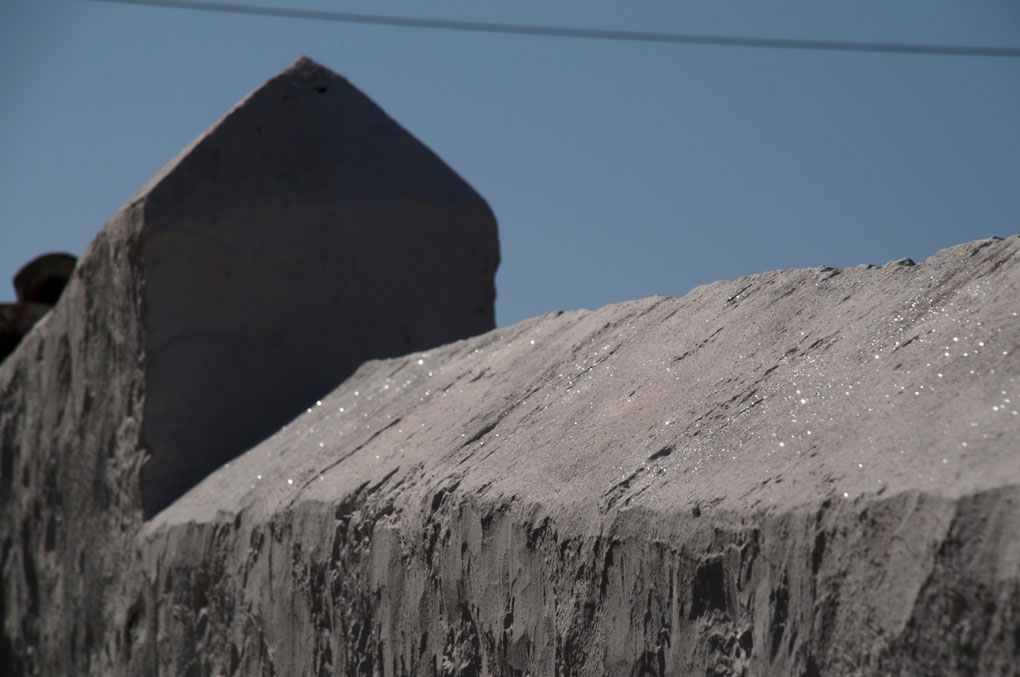 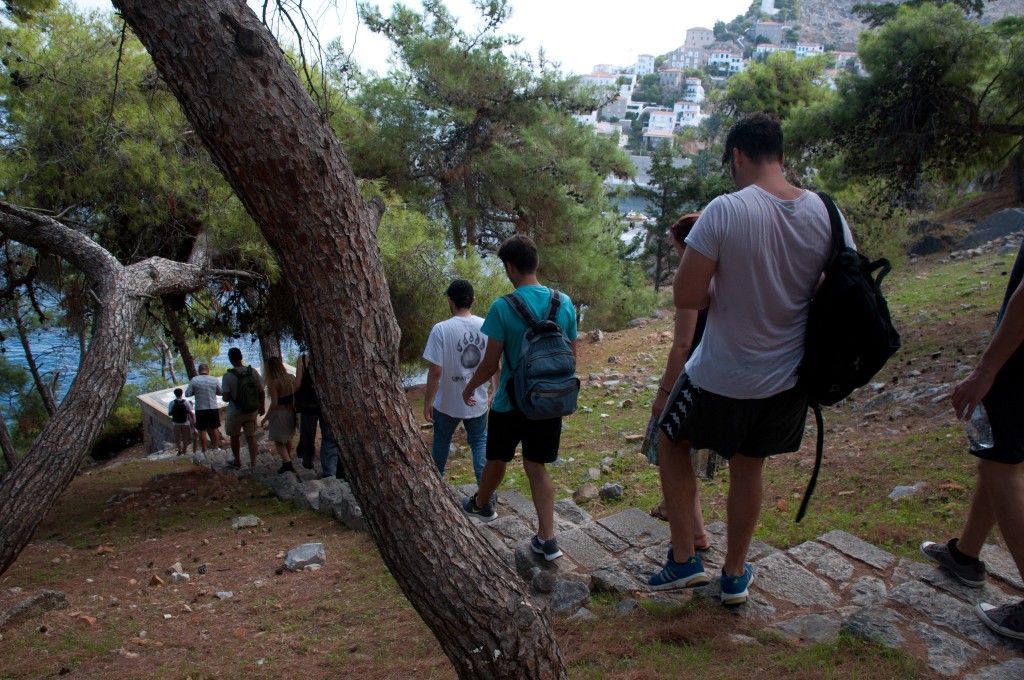 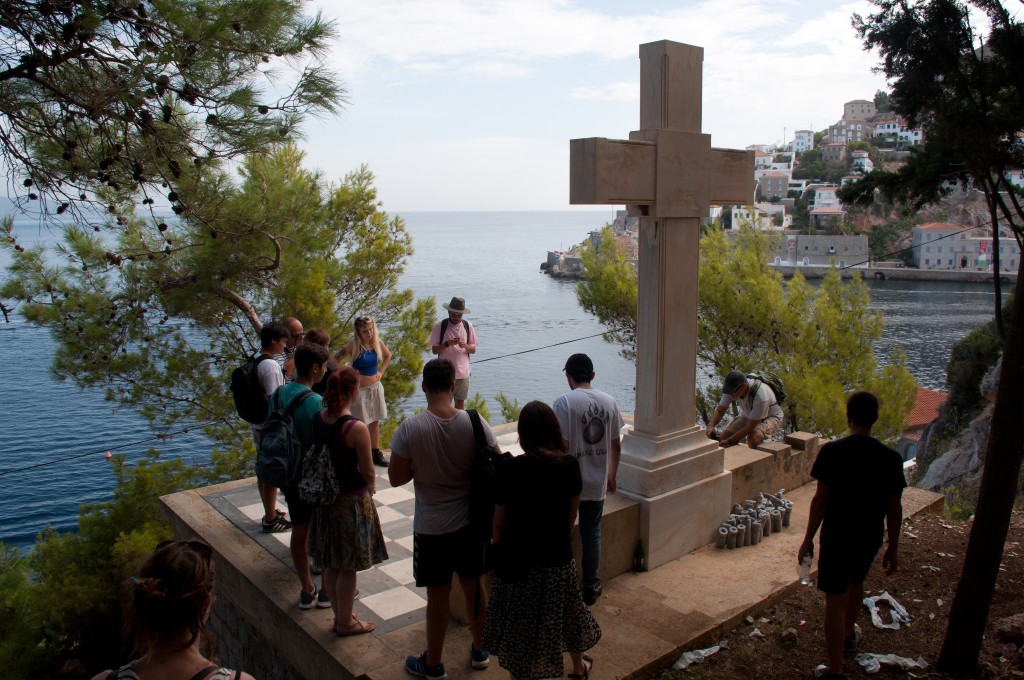 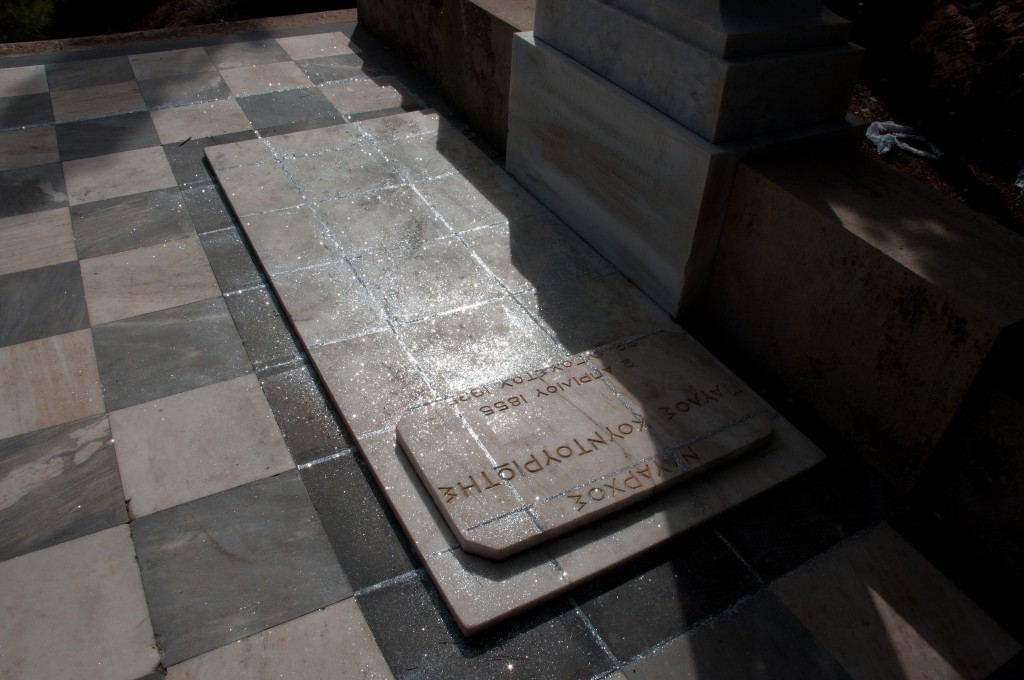 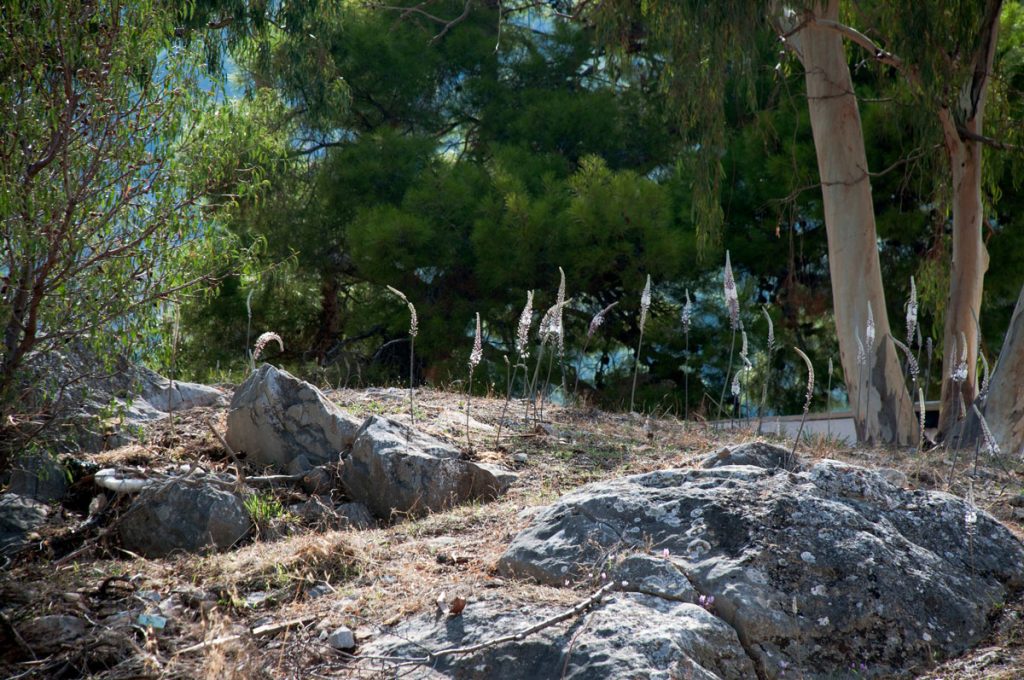 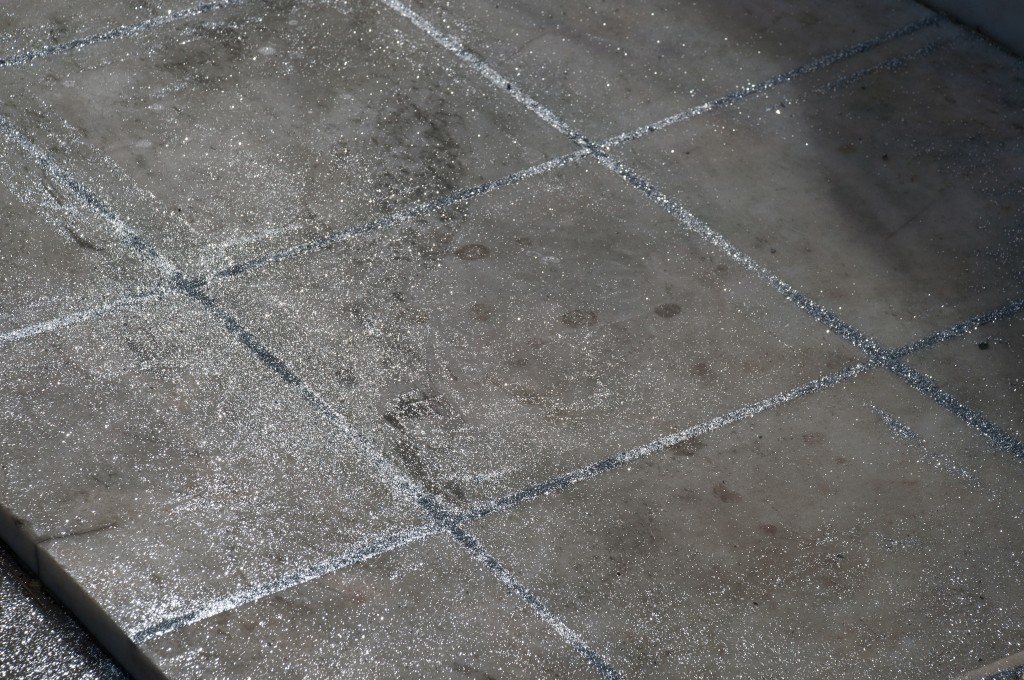 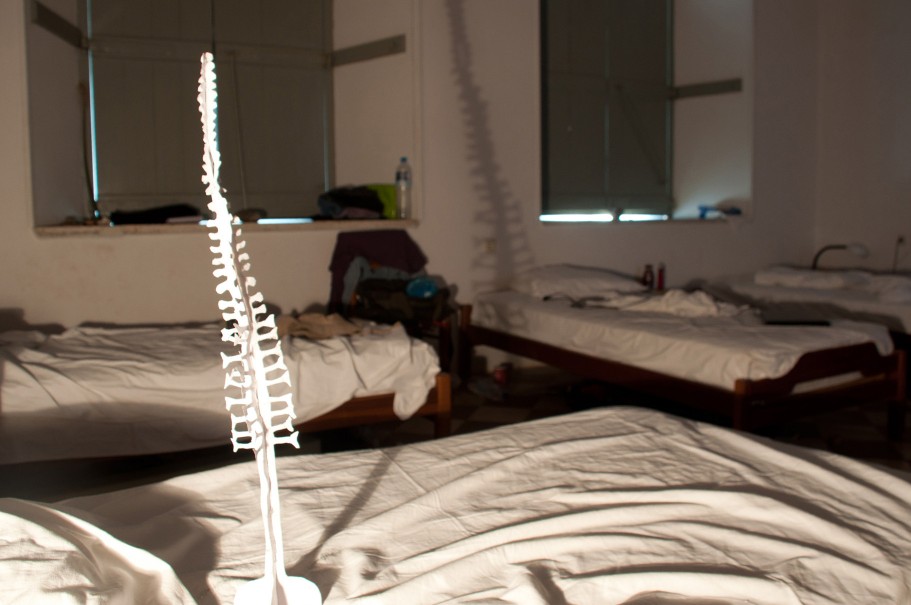 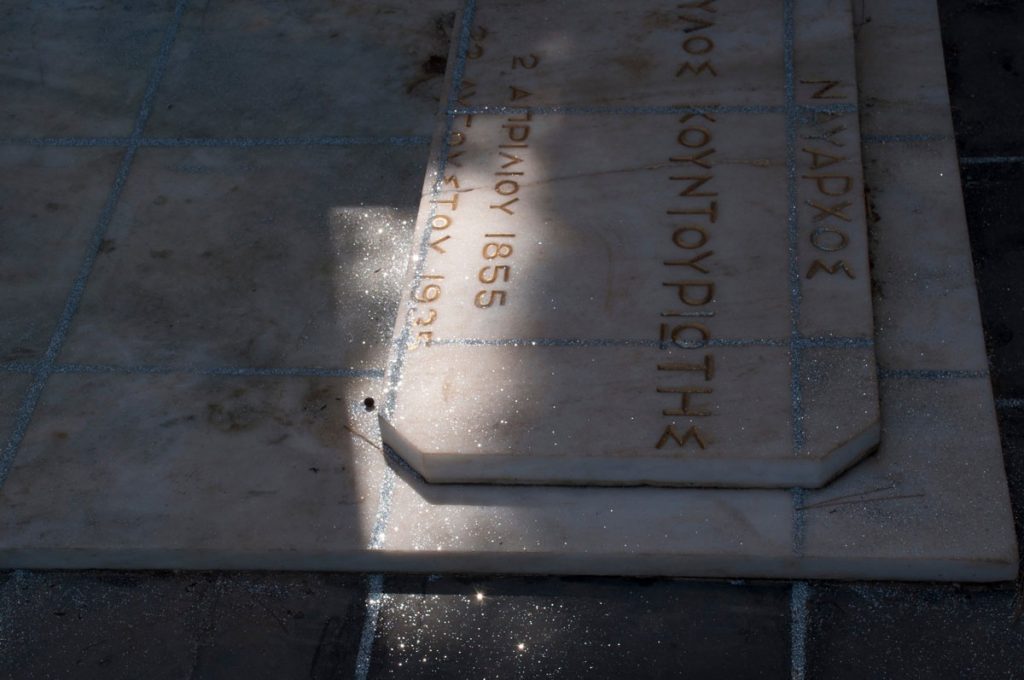 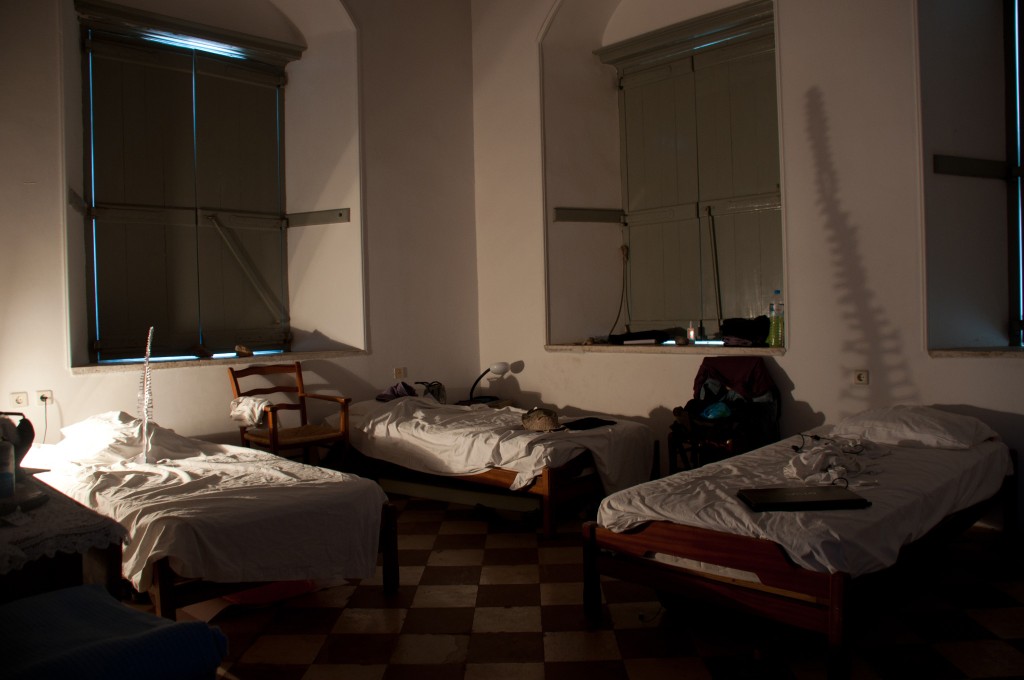