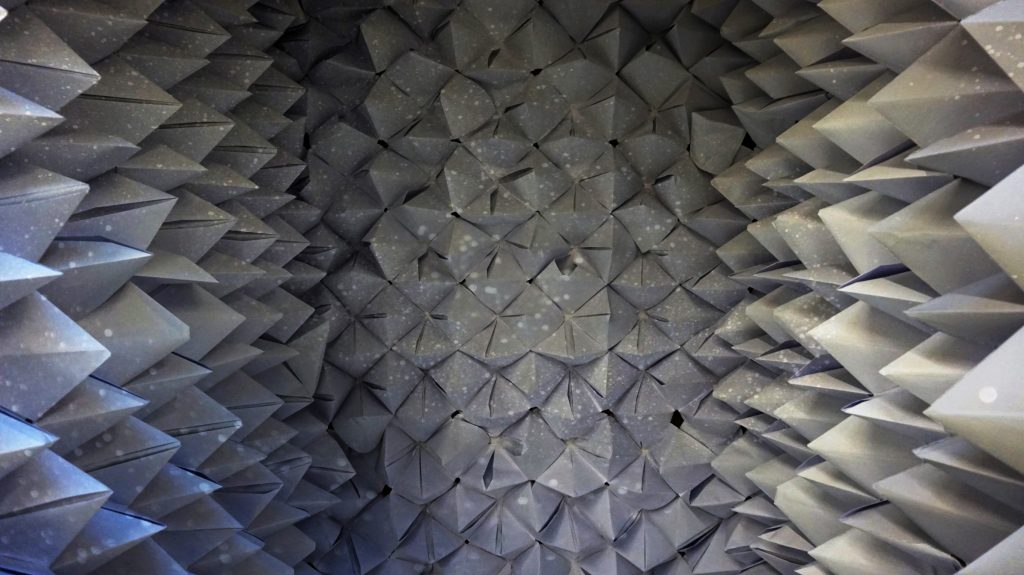 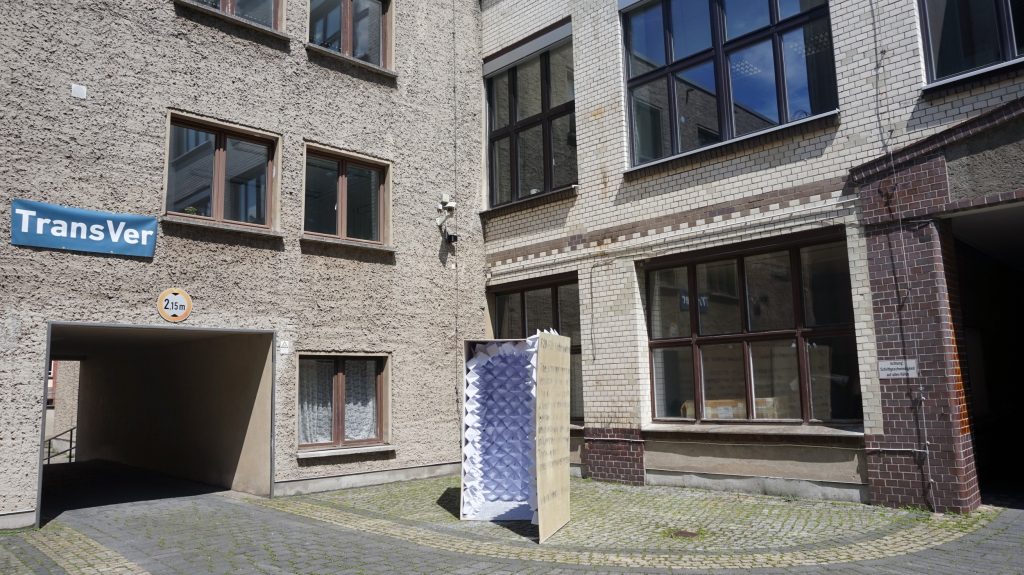 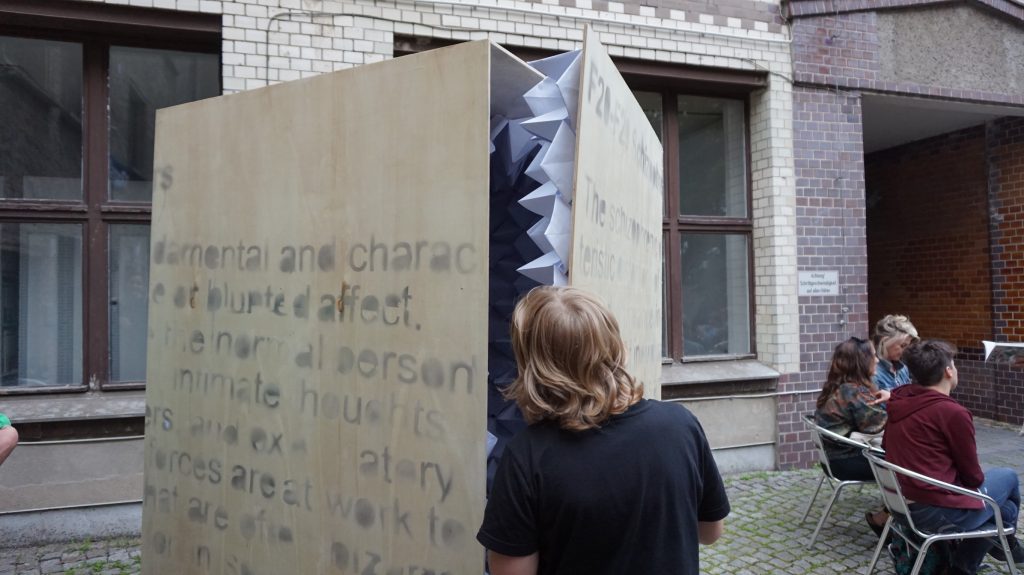 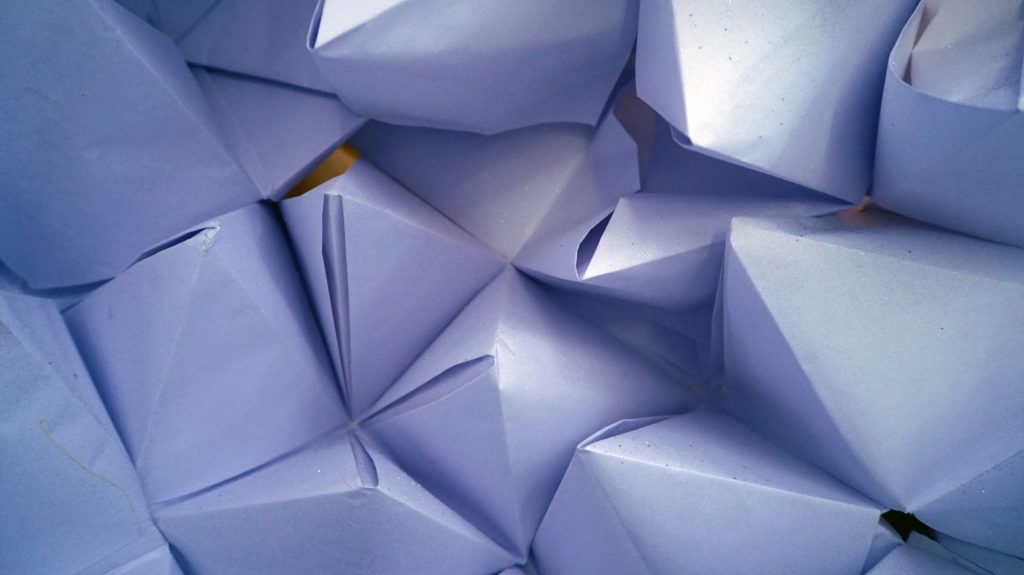 ICD-10, the international coding system for mental and behavioral disorders, divides them into ten general categories and further subcategories. It defines a fixed scheme, but also offers scope for new research approaches and perspectives. The project Psyki-1, on the other hand, focuses on the fundamental difference between system and individual experience.

An accessible box was conceived on a human scale for each category. The outside contains the official definition of a mental disorder, while the interior of the box offers an artistic interpretation of a particular patient‘s experience. The box constructed on a 1:1 scale for category F2-29 “Schizophrenia, schizotypal, delusional, and other non-mood psychotic disorders“ will be set up temporarily in the clinic garden. The patients will experience an artistic examination of their condition, while those around them are given a new approach to the disorder and the possibility of a shared, subjective perception.

A booklet displays the whole series of 10 models as an outcome of research and communication within the psychiatric field and as a proposal for further investigation and archiving of experiences.

This project was developed in the frame of “visions4people – Artistic Research Meets Psychiatry“. 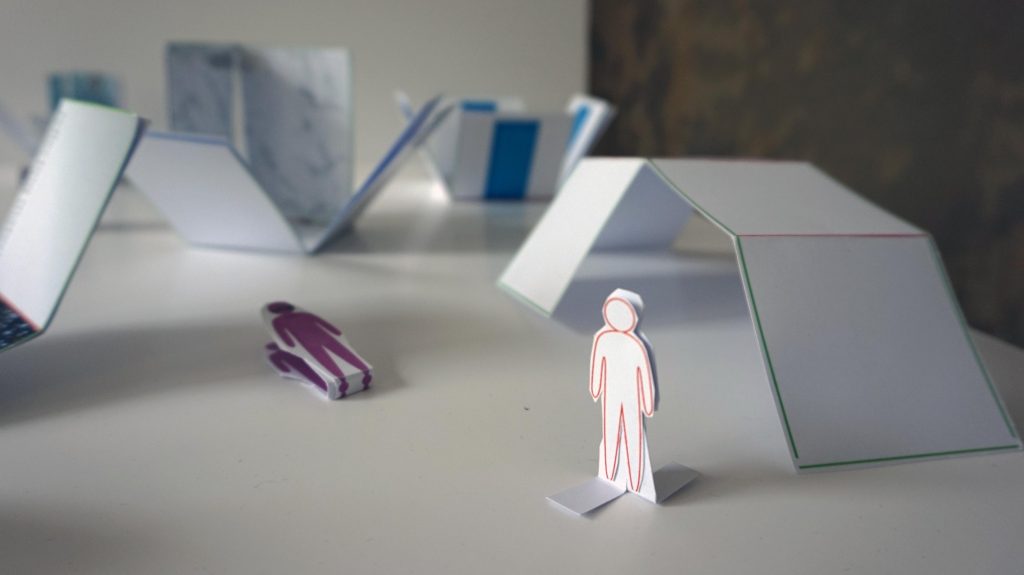 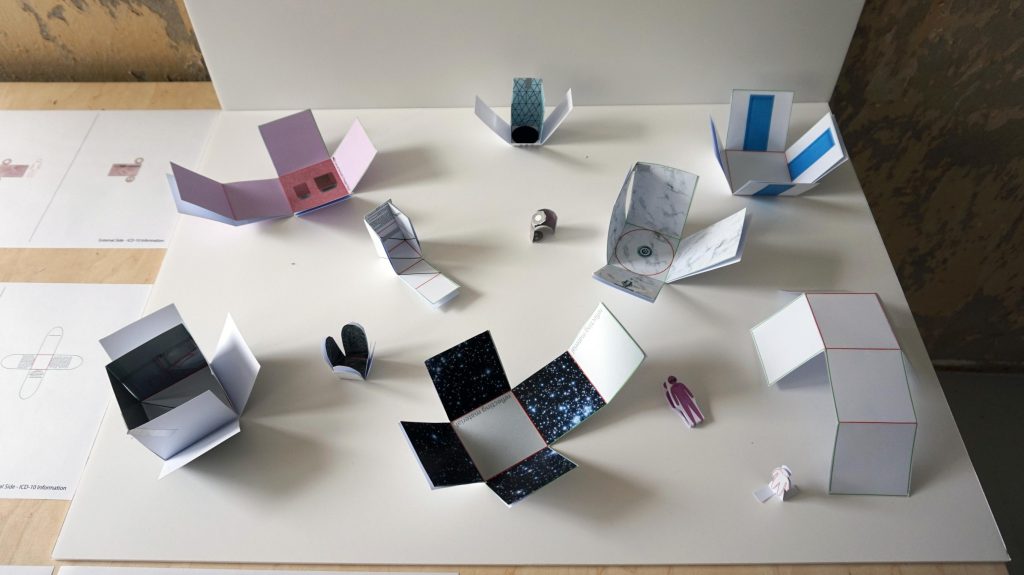