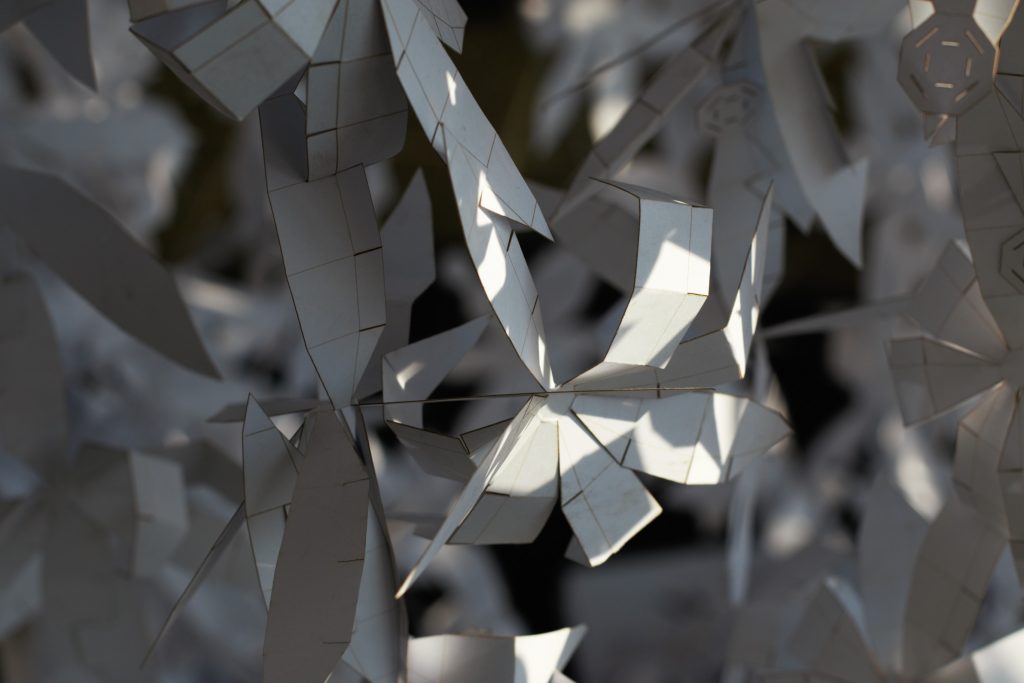 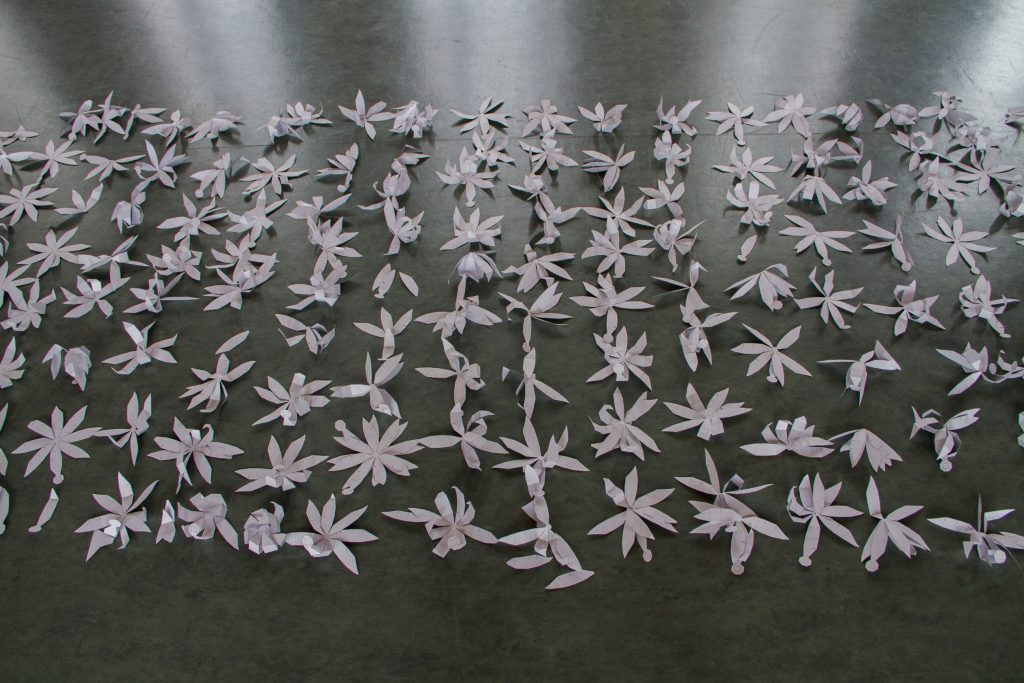 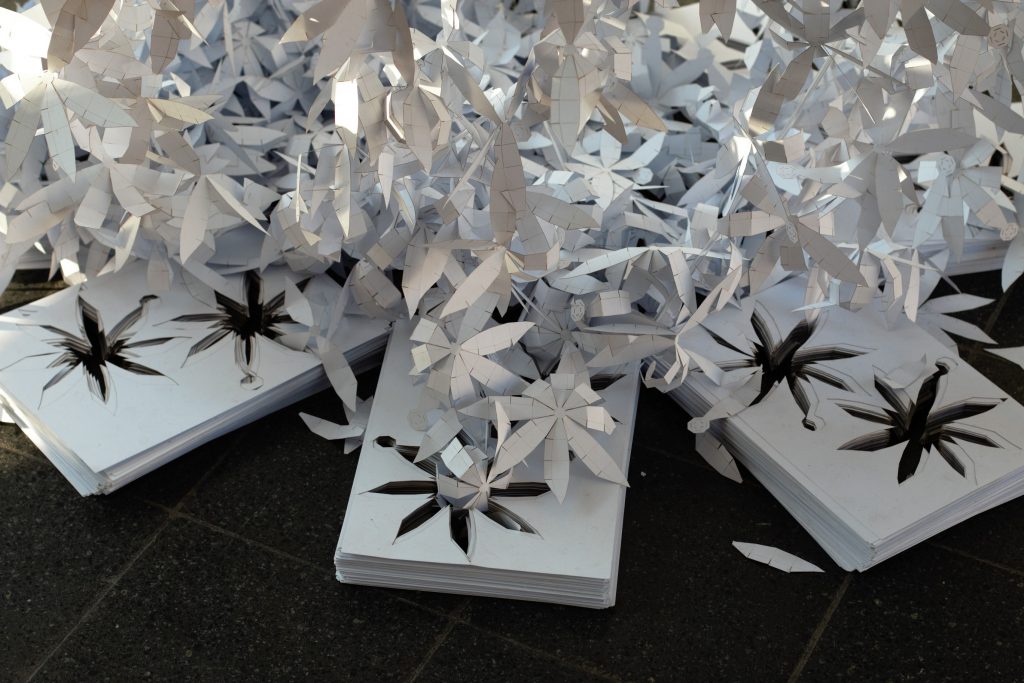 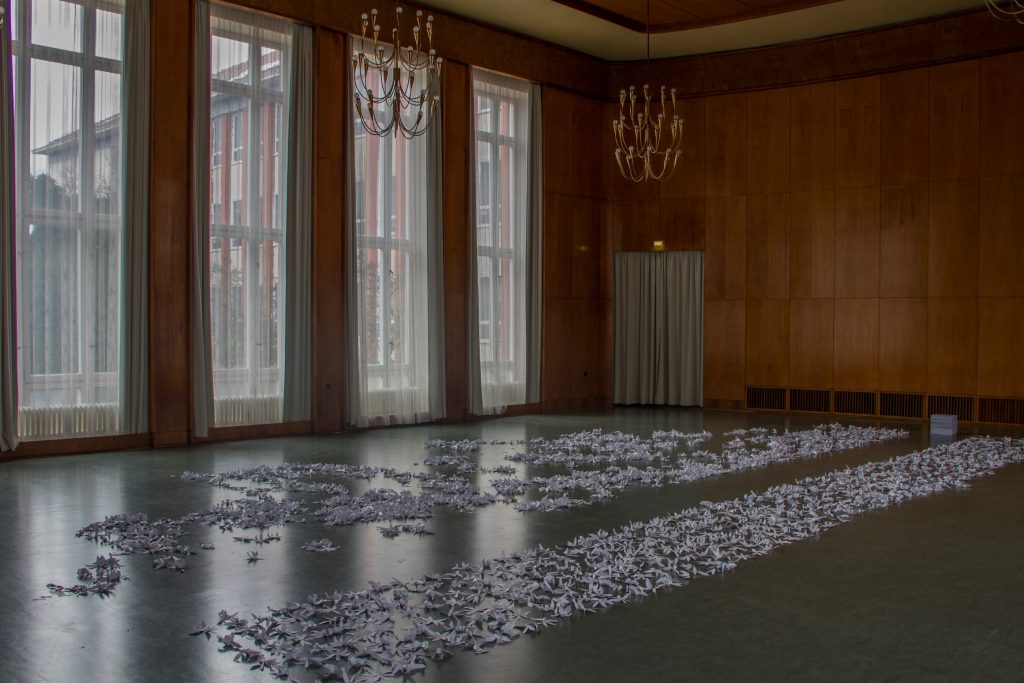 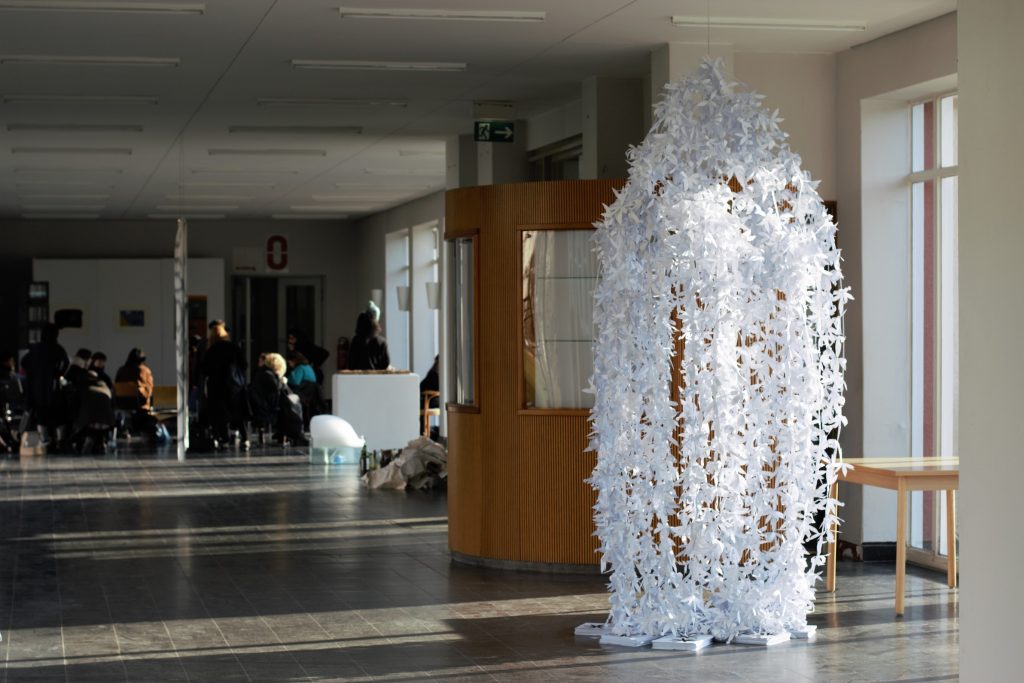 The project “2000 Cosmos or 2000CPAO” is a combination of stories and techniques. In Japanese culture, there is an ancient saying that “1000 cranes bring happiness”. Each crane gives birth on average 2 eggs and only 50% is fertile. Therefore, the 2000 eggs produce the same number of cranes as the ancestors. The idea of Cosmic Egg appears in various cultures, hatching the Universe. With these two starting points, the laser cut of the unfolds of 2000 eggs began, unfolds that eventually cannot be fully conceded to eggs. Paper craft involves tradition and 3D-designs pretends to facilitate but propose a new age of meditation that leads to the effort to explore the cosmological interpretations of the Universe. The repetition results in a visual narrative of transformation. After numerous artistic installment arrangements and experimentations, the “children of the cranes” were burned and their ashes stand beside their ancestors. 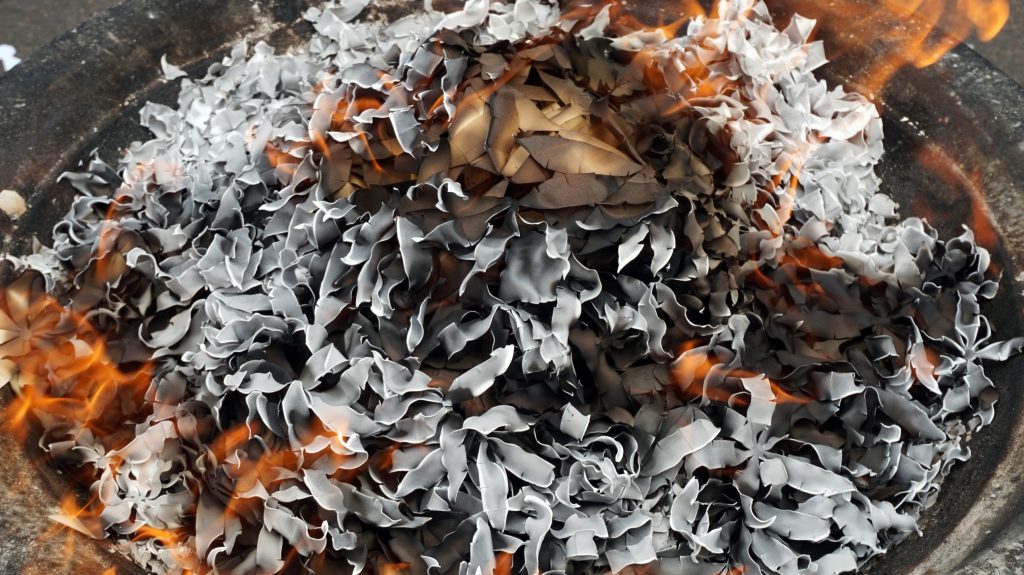